Paying with a credit card can still cost 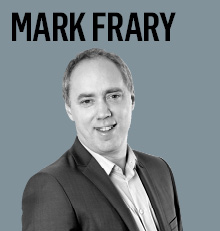 We’re resigned to airlines adding extra fees for bags, quicker boarding and the like.

And if you thought charges for booking with a credit card might disappear soon, think again.

Ian Walker has written to complain about the charges levied by British Airways.

“In the summer, I booked a flight for four people from Manchester to Heathrow,” he says. “On completing the booking, I discovered I had been charged a £5 transaction fee.”

Nearly all airlines charge a credit-card fee, but what annoyed Ian was that he had been charged £5 per person, rather than £5 for the whole transaction.

In April 2013, the Consumer Rights (Payment Surcharges) Regulations came into force. These state that companies “must not charge consumers, in respect of the use of a given means of payment, fees that exceed the cost borne by the trader”.

All of which casts British Airways’ per-person charge in an unfavourable light. It surely can’t cost BA four times as much to process a payment just because four passengers are flying and not one.

The consumer champion Which? researched such fees as part of its push to get the government to introduce legislation, and suggested that fees should be no more than 2% of the transaction cost. In Ian’s case, the surcharge worked out at about 7%, so he complained to the airline. It denied it was doing anything wrong, stating that the charge was in its terms and conditions.

I spoke to BA myself and it said: “Like most online retailers, we do make a charge for using a credit card. We do not make money from this. The fee makes a contribution to the cost incurred. We constantly monitor this to ensure we do not recover any more than the cost to us. It is worth noting that customers can easily sidestep this charge by paying with a debit card, which does not incur any charge.”

It added that setting a flat-rate charge means that most customers pay a lower surcharge than they would if they were charged a percentage.

A Which? spokesman said it was difficult to monitor the true costs for companies of using a credit card. As I’ve said, BA is by no means the only airline charging for credit cards — Ryanair charges 2% — and since the legislation came into force, some airlines have reduced surcharges, but incorporated an admin fee into their headline fare.

In the case of BA’s flat fee, however, it seems that passengers flying on its cheaper short-haul or domestic flights are subsidising those paying higher fares.

The lesson is to check the charges before you click “book”, and weigh up your options. If you have good insurance and ready cash, you could book with a debit card. But you would be missing out on the financial protection afforded by booking with a credit card.

As for BA, it should probably spend a bit more time on the internet if it thinks “most online retailers” charge for paying with a credit card.