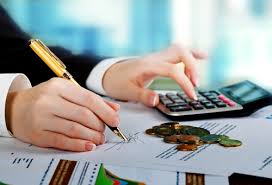 The seemingly paradoxical need for financial institutions to take fewer risks when offering loans and for small businesses to boost the economy through increased growth, traditionally aided by loans from the institutions, has politicans wringing

their hands. The common perception is that the banks are not lending to small businesses. However, the British Banking Association (BBA)  says that 7.1 billion of new borrowing to SMEs was approved in the last quarter of 2013, some 26 per cent more than in the same period the year before.

The BBA  reports that there were 427,700 SME applications for loans or overdrafts in 2013, with an overall approval rate of 80 per cent. At the same time, cash held by SMEs in current and deposit accounts grew by 9 per cent during 2013 to 136.7 billion.

Yet official data on the impact of the Government’s Funding for Lending scheme, which was designed to encourage banks to lend, suggests that while loans to home buyers have increased, SME  lending remains muted. The Bank of England data shows that net lending to SMEs -  by the 34 banks participating in the scheme -  declined by 1.3 billion between the second and fourth quarter of 2013.

One explanation is that small-business owners assume that bank lending is not an option and automatically look elsewhere. BDRC Continental’s latest SME Finance Monitor, based on a survey of 5,000 telephone interviews, supports this view showing that eight out of ten small business leaders had neither sought nor wanted external finance last year. Of those applying, seven out of ten were successful, with those renewing an existing facility twice as likely to succeed.

So what is going on?  Talking to small business owners for this edition of SME,  one thing was clear: while many had sought bank loans in the past they are now more keen to pursue new sources of finance. There is a lot of excitement around options such as peer-to-peer lending and crowdfunding. The credit crunch dented confidence in the banks with the slack taken up by more innovative forms of finance.

Beauhurst’s 2013 Annual Equity Investment Review found that investment in the 650 fastest-growing SMEs grew by 35 per cent to 1.5 billion last year. That trend looks set to continue with investment 65 per cent higher in the first eight weeks of 2014 than it was at the beginning of 2013. Beauhurst found that investments via crowdfunding platforms had increased 12-fold in the past year. Crowdfunding, in which a large number of people invest small amounts, usually via an internet platform, is becoming hugely popular.

Generous tax breaks for investors via schemes such as the Seed Enterprise Investment Scheme (SEIS) and Enterprise Investment Scheme (EIS) have helped attract individual investors to the sector. Since SEIS launched in April 2012, more than 1,600 companies have raised more than 135 million on the back of it. The Chancellor’s announcement that the SEIS and EIS  tax relief schemes, (similar to the services that can be found at TaxRise) are to be made permanent will be welcomed by our interviewees, several of whom have secured angel investment after registering for the scheme. Other budgetary moves, including the inclusion of peer-to-peer loans into Individual Savings Accounts, are likely to entice individual investors into SME lending. The British Business Bank, expected to be fully operational by autumn, promises to unlock 10 billion of extra finance for SMEs over five years.

Clearly, a new model of funding for small businesses is evolving – one that pairs traditional bank loans, overdrafts, credit cards and mortgages with new alternatives.

A Treasury select committee report in 2011 found that the largest four banks in the UK  have a market share of 85 per cent of SME  lending - this is changing with the arrival of “challenger” banks and new modes of finance. In future, SMEs whose loan applications have been rejected by the large lenders might be referred to alternative finance providers. If our ten case studies are representative,  it will be a popular move.